The Dandenongs and the Yarra Valley

The Dandenongs are a range of low hills, which are densely covered temperate rain forests, the thick undergrowth, is largely tree ferns. The massive bluegums, which climb to a great height, were a source of timber for the building of Melbourne in early days. 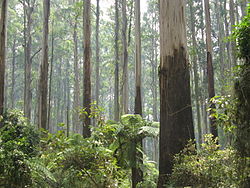 After crossing the hills by winding roads you come out into open valleys, which have a cool climate set within a scenic landscape of rolling hills, valleys and forests. It is spring time, the countryside is covered in that lovely fresh greenery which reflects the new season. Town are full of spring blossom, much of it familiar to my nostrils. 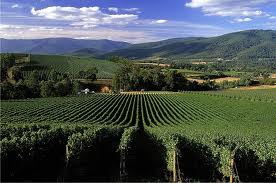 It is about a one and a half hour drive to the city, making a great place for a one day trip, or a week-end in one of the many b and b's. People even live here and commute daily: a lifestyle choice. 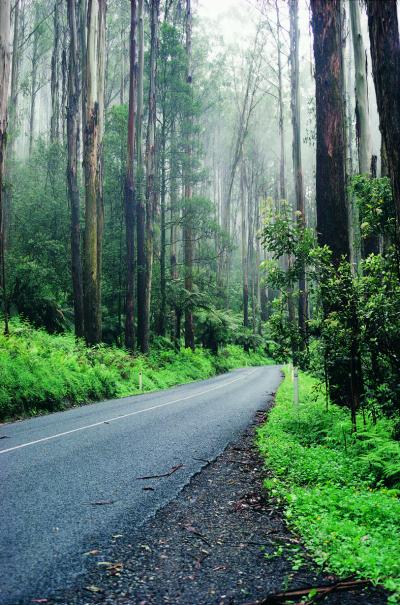 There are winery tours, which are interesting in themselves. I do not drink, but Craig and Diana make up for my being remiss in such a setting, there are tastings, talks and gourmet meals. Farms along the road advertise their cheeses. There are also large cheese factories, which also allow sampling, this chore was undertaken enthusiastically.  We came home laden with wines, cheeses, sourdough bread and other artisanal produce.

There are waterfalls, with viewing platforms and walks, picnic sites and longer treks for the adventurous. This waterfall at Marysville has a generator at its foot which feeds into the national grid thus providing much needed money for the locality, following a disastrous fire four years ago in this major timber production area. Many people lost their lives. Yet the town, which was burnt down has arisen phoenix like in the guise of new buildings, both residential and domestic. 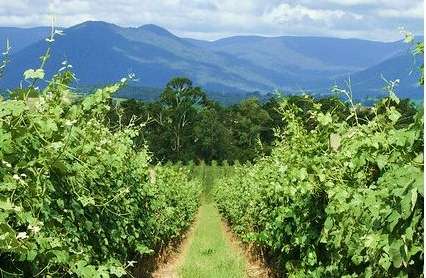 Australian trees have evolved over millennia to survive the regular fires which sweep the country regularly.
When fire gallops through, trees and plants drop their seeds, the fire itself enables the seeds to break open and germinate, followed by regeneration of the forest. It was strange to see 100-foot high trees looking charred, or dead, with branches protruding, often just inches long, but eventually they return to a former self.

The towns are most pleasing with much of the construction of wood. None of that cloned look that we are all so familiar with and sick of. Oz certainly has a much deeper and stronger sense and practice of community. "Gooday mate", is much more than just a greeting.