Some of the more famous Delhi buildings

The architecture of Delhi falls into two main periods, the Mogul Empire from 1526 to 1856. The British Empire 1856-1947. Both empires left different legacies, which are with us today. 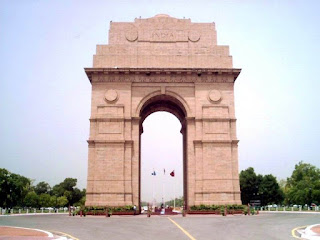 India Gate was built in 1931, commissioned by the War Graves Commission, to
celebrate 82,000 dead Indian soldiers in WW1. Designed by the doyen of British
colonial architecture, Sir Edward Lutyens. It is at one end of Raj Road. 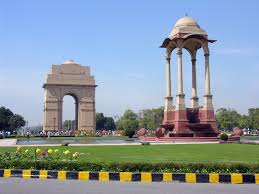 Another view of India Gate. The large grass surrounding area is popular for
family picnics at weekends. It is situated at one end of 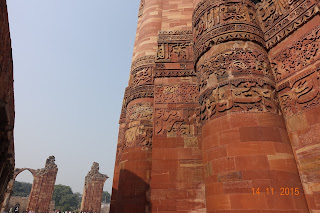 Close up to show detail of the base of Qutab Minar 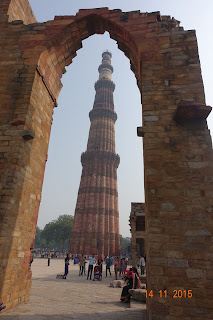 The tallest pillar in India. Made of red sandstone. Built in 1386. 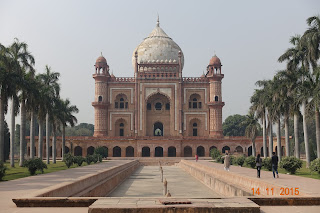 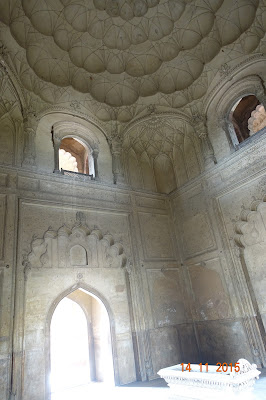 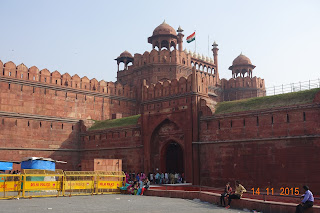 Part of the Red Fort. Hard to photograph. It was the residence of the Mogul emperors.
Built 1628-58. Designed by Shah Jahan, who also built the Taj Mahal. 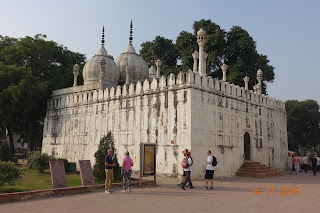 White marble interior, reserved for the harem and high status people.
The exterior walls, etc are of red sandstone, for ordinary people. 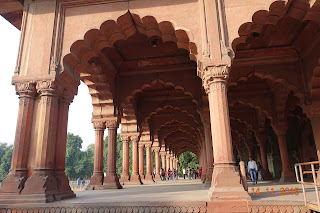 Part of the interior of the fort 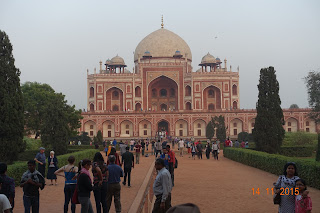 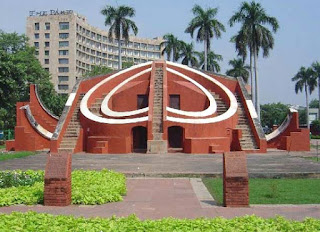 Jantar Mantar. Built in 1724 as a place to make astronomical observations.
The Marahajah of Jaipur built a number of other observatories. 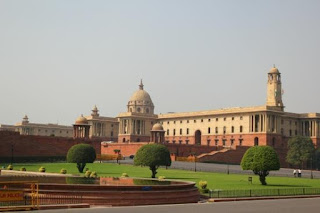 The Viceroy's Palace, which is now the presidential palace, and is the largest in the world. it is at the
other end of Rajpath to India Gate and is used for processions on a grand scale

Just one of the many blocks that stretch around the circular centre of Delhi. It takes 25 minutes to
complete the walk

Connaught Place, Delhi. It is the centre of the New Delhi development of the new city built by the British.
It was designed by Sir Robert Russell, no less !